The book is a dialogue between the photographic documentation of the exhibition entitled Over and Over (Na okrągło), presented at the Centennial Hall in Wrocław, and a selection of texts published in 1989-2009, which, for various reasons, were important for public debate in Poland. They deal with topics that recur in various discussions on the condition of Poland after 1989 (settlement with the period of the People’s Republic of Poland, the nature of the system of the Third Polish Republic, the recent history of Poland, the position of the Catholic Church and the role of religion in Poland, interpretation and importance of the round table, etc.) as well as those which appeared only during last 20 years, such as anti-capitalist discourse, criticism of consumption and commercialization of culture, attempts to revive left-wing thinking or reflection on the place and role of art in the world of late, neoliberal capitalism. 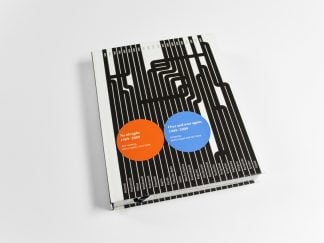